Where it all started...

In 1993, I moved to North Carolina, and by 1995, had a job at a small TV station in Rock Hill, SC. Although I loved Western railroading (I had most recently lived in Tucson), I saw a lot more rail activity in the Carolinas, and later, in New York.

On a trip to Myrtle Beach, I came upon a sort of graveyard for trains. One locomotive caught my attention: 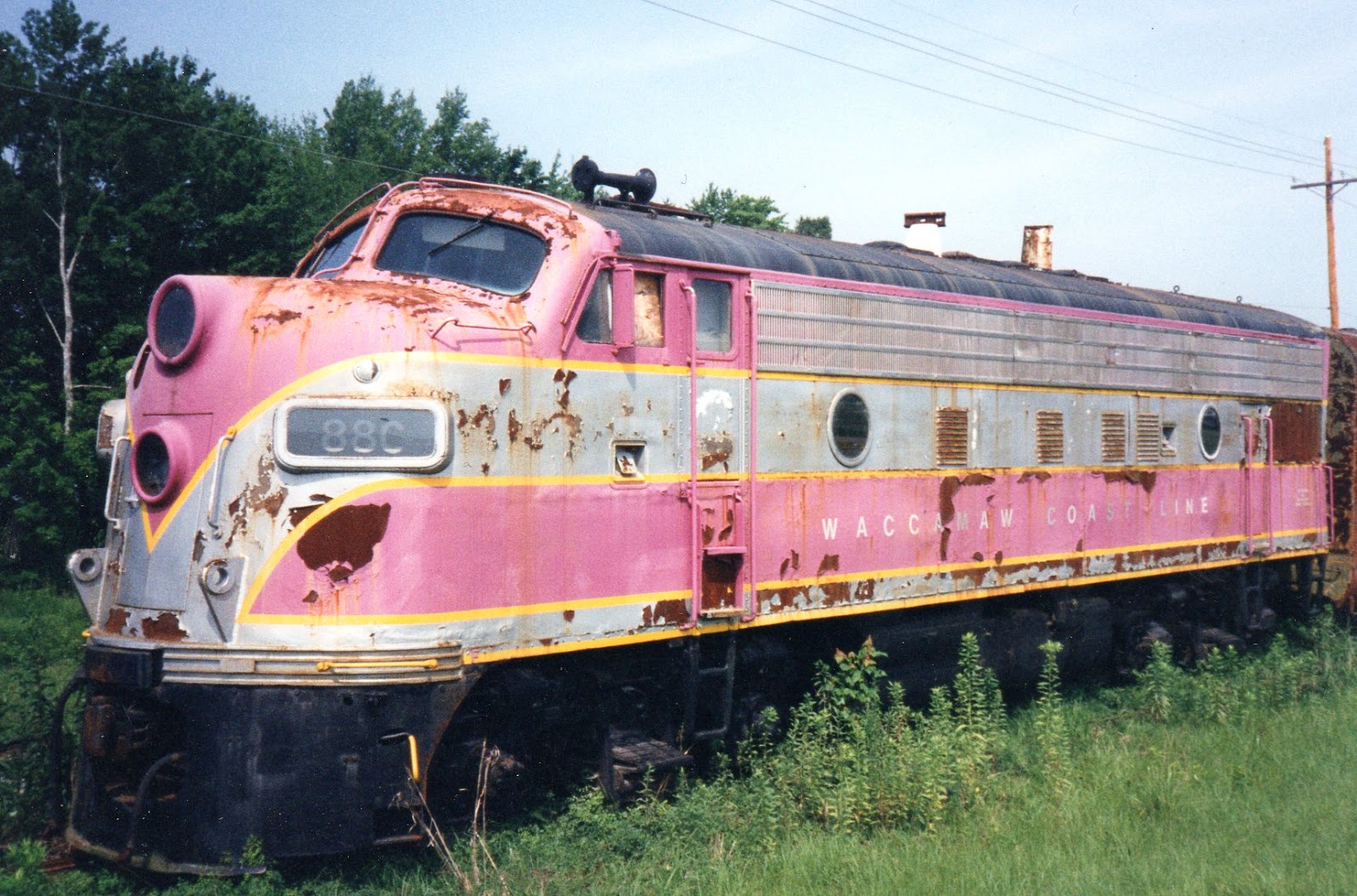 It was Waccamaw Coast Line F7A #88C. I had no idea what WCL was, or who the heck would run a pink locomotive--but I correctly surmised it was originally purple that had faded.

When I found out it was actually a paint job based on an Atlantic Coast Line scheme, I started checking out ACL and found out what the "Standard Railroad of the South' was all about. I was hooked.

Meanwhile, here's what Wikipedia has to say about WCL:
The Waccamaw Coast Line Railroad (reporting mark WCLR) is currently a 14.1-mile (22.7 km) short-line railroad division of the Baltimore and Annapolis Railroad extending from a connection with the Carolina Southern Railroad, another division of that company, at Conway to Myrtle Beach, South Carolina. The line was opened in 1900 by the Conway Coast and Western Railroad, a predecessor of the Atlantic Coast Line Railroad. The Seaboard System Railroad sold the line to Horry County in November 1984, and it was operated by the Horry County Railway (reporting mark HCYR) until October 1987, when the WCLR took over. The Carolina Southern Railroad acquired the WCLR in September 1995, and since then it has been a division of the Baltimore and Annapolis Railroad.

As for the F7, I was a little disappointed to learn it had never been an ACL loco at all, but ex-Milwaukee Road.

This is how it looked a few years prior, in a photo from 1989 by Warren Calloway: 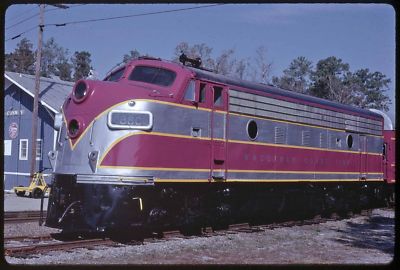 The only info I can locate says that it is stored in "disrepair," presumably in the same spot. Not sure how much worse it could be than I found it.

Rusted classic trains are always a little sad.
Posted by Unknown at 7:12 PM